Overall Experience: Copenhagen has charm to spare! From the lovely cobblestone, to the whizzing bikes and impressive architecture, I was quickly falling for this city, its people and history.

Logistics:
Flight: I found a cheap overnight flight via Wow Air with a layover in Iceland. I was fully expecting to regret my decision to book a long flight with a budget airline, but I was pleasantly surprised. While we were delayed taking off, that was the only hiccup. As long as you plan ahead with your baggage, snacks, drinks and entertainment, the flight is perfectly comfortable. A few recommendations to enhance your flight:

The vast winter of Greenland

Finally, the Copenhagen Airport is very, very nice! There are lots of high-end shopping, restaurants, and coffee shops. Make sure to get your Copenhagen Card (tourist pass) once you leave customs.
Air Bnb: I found a gorgeous artist’s apartment in the heart of old town for under $150 a night. It was the back unit of a large, older building with an interior courtyard punctuated with an ivy covered wall. The two bedroom unit was comfortable, decorated with eccentric artwork and in the perfect location. We hit the jackpot of places! A quick 10 minute walk to the Norreport metro and just around the corner from shops, restaurants and coffee. If staying in Copenhagen, I highly recommend finding an AirBnB.

Amalienborg
The Danish Royal Family’s palace consists of four identical buildings surrounding an open plaza with a statue of King Frederik V from 1771 in the center. The architecture is stunning.

When one palace just won’t do!

Visitors are able to tour the Christian VIII’s Palace building which houses the Amalienborg museum. Here you’ll see the private rooms of the most recent kings and queens and an exhibit on the monarchy today with traditions stretching back 150 years.

Finally, don’t miss the changing of the guard! Everyday at noon you can see the Royal Guard, called Den Kongelige Livgarde, marching from their barracks to the Amalienborg plaza.

Little Mermaid
The iconic statue every local likes to joke about is located along the water in Langelinie Park. After a nice stroll through the park we found ourselves upon the Little (literally small) Mermaid sculpture. It was created by Edvard Eriksen and unveiled in 1913. It can get a little crowded as tourists jostle for picture position, depending on the tour bus schedule, but it really is a must see and you don’t need more than 10 minutes.

Nyhavn
This area is quintessential Copenhagen, or at least what I expected it to look like. It’s absolutely adorable, the multicolored houses were decorated for Christmas with wreathes and lights.

Originally, Nyhavn was a busy commercial port with ships visiting from all over the world and therefore, it was filled with sailors, pubs, and prostitutes. The oldest house is Number 9 and dates back to 1681. Famous writer, Hans Christian Andersen lived in a few houses on the strip and wrote “The Princess and the Pea” in Number 20. Today, it’s crawling with tourists and maybe a few children’s writers too?

Despite the chilly weather, all the restaurants had inviting outdoor seating with heat lamps serving customers. If you don’t feel like a sit down meal you can grab a snack or steaming cup of Glog from the many stands lining the streets. I loved the boats docked at the canals and the friendly atmosphere. Nyhaven is a beautiful place to explore and should be at the top of your list when visiting the city. 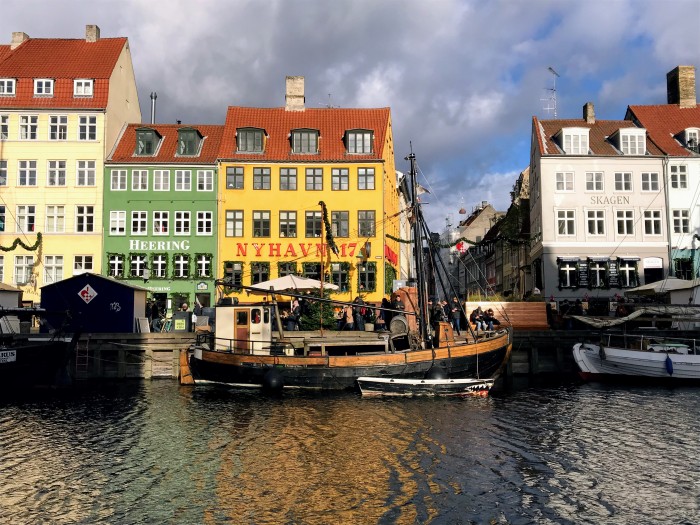 Christianborg Palace
Located on an islet in central Denmark, Christainborg Palace is home to the government as well as rooms used by the Danish Monarchy. Initially built in 1167 and known as Bishop Absalon’s Castle, you can actually tour the 800 year old ruins under the palace. 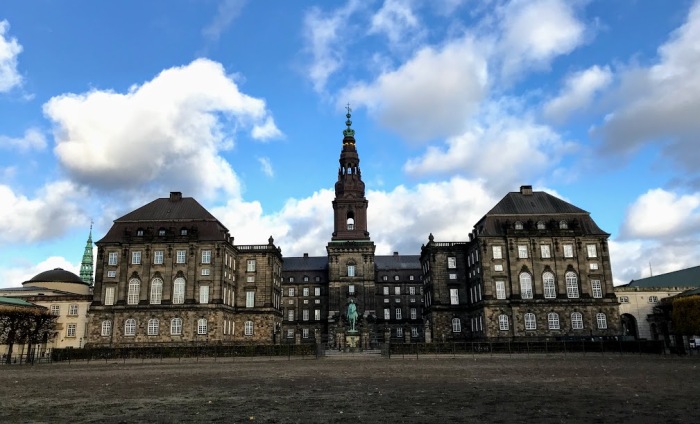 Additionally, you can explore the Royal Reception Rooms (closed for an official function during my visit), the Chapel, the Tower, the Stables, complete with horses,  and the Royal Kitchen. If you are into history, royal pomp or first class cooking tools then it’s absolutely worth walking around the palace and enjoying the sights for a few hours. If you are famished after touring and don’t mind standing in line, you can get a meal at the Tower Restaurant. 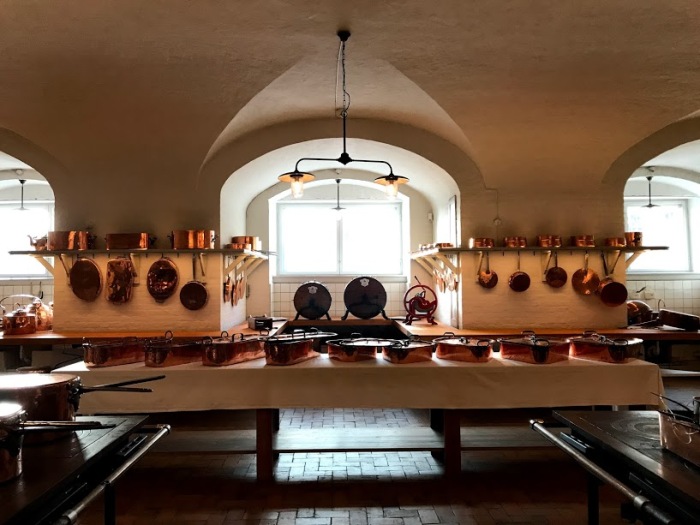 Rundetaarn
Translated as the “Round Tower”, it is one of best known structures in the city and the oldest functioning Observatory in Europe. Walk up the exquisite spiral ramp to the top of the tower soaring 34.8 meters above the city. Here you will see dazzling 360 degree views of Copenhagen. Additionally, you can check out the observatory telescope, library hall, which has a gift shop, and the Bell Loft. 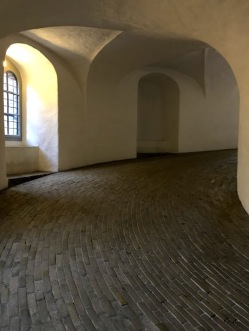 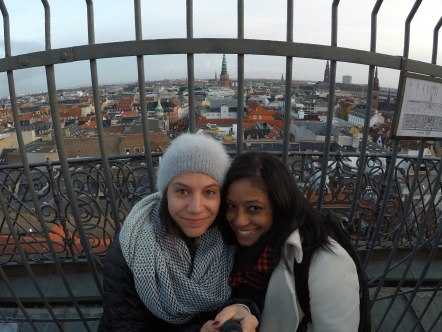 Built at the behest of Christian IV in the beginning of the 17th century, Rosenborg Slot was a summer palace just outside Old Copenhagen. The rooms are preserved as they were during the king’s time and it’s absolutely delightful to explore. On the ground floor, you’ll walk through Christian IV’s bedroom, where the king died in 1648, and the famed Marble Room which is decorated floor to ceiling with Italian scagiliola.

On the first floor are more rooms hosting the royal family’s treasures, including a rare amber chandelier. The walls are lined with impressive tapestries depicting historical scenes. The second floor is the grandest as it features the Great Hall. At one end are the most ornate thrones made of narwhal tusks (HOW?!) which are guarded by three solid silver lions. You can also find the Glass Cabinet room, which is the only room of its kind in the world, displaying Venetian glass from 1709 and the Porcelain Cabinet, furnished with porcelain from China, Japan, France, Germany and Denmark.

Finally, make your way to the basement for the ceremonial weapons, the Rosenberg Wine, and most spectacular – the crown jewels and other assorted priceless jewelry which is still used today! After the palace tour, stroll the gardens to get some fresh air and stop at the Cafe on the grounds for a picnic at the palace. 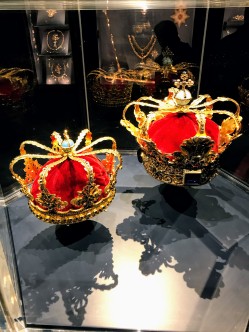 The museum has four floors and has artifacts from all over the world spanning 20,000 years of history. In the interest of time and exhaustion, I recommend you pick a few things you want to see or learn about. Since I was in Denmark, I was dying to see the famous Rune Stones of the Vikings.  These brightly painted stones were erected in memory of the dead and inscribed with their name, position, stories demonstrating their character and how they died. The stones in Denmark date from 970AD and around 250 exist in Denmark from the Viking period. This exhibit is an absolute must see when visiting the city, it’s such a unique part of history and you can view it in its home country! 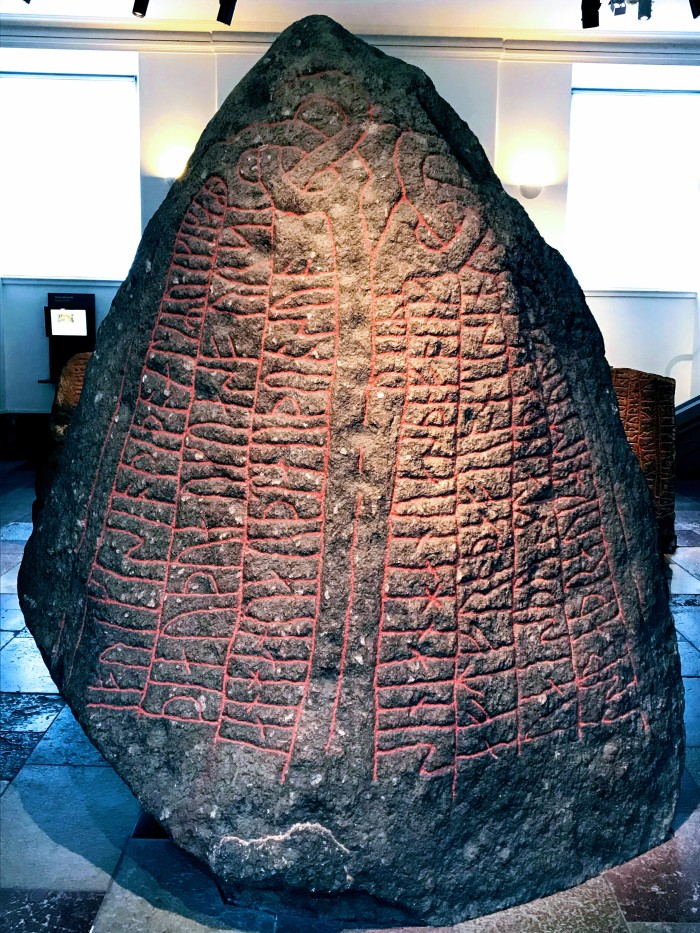 In addition to Viking lore, another unique exhibit that is worth spending some time seeing are the Bog bodies, specifically the woman from Huldremose. The woman was around 40 years old when she was laid in a peat hole in the 2nd century BC. The conditions of the bog enabled the woman’s clothes and remains to be preserved with skin, hair, and stomach contents. She was discovered by a worker in 1879.
Her entire story is fascinating and she has provided troves of data to present day scientists to have a better understanding of the Early Iron Age and the people who lived during the period.

Design Museum Denmark
One of the museums off the beaten path, the Design Museum Denmark has been housed in this building since 1926. It’s purpose and layout was to serve as a “source of inspiration for craftsmen and manufacturers by highlighting the very best in design”. The exhibits here are perfect for those who have a touch of OCD and/or appreciate good design because quite frankly, the Scandinavians do it right! There is an entire room dedicated to chairs. For the fashionistas of the world, there is a large permanent exhibition on textiles, couture and Danish fashion.

Located on the outskirts of downtown, the brewery  founded in 1847 is easily accessible via a short walk from the Carlsberg train station. The Carlsberg grounds are like their own little village. There is a restaurant, tasting room, old brewery,  largest beer bottle collection in the world, sculpture garden, stables with the Carlsberg horses and souvenir shop! You can walk through them all on the self guided Exbeerience tour and even pet the horses, at your own risk of course! Not only does it come with a free drink and pin, you’ll learn about J.C. Jacobsen’s vision for the brewery and how it became a household name throughout the world. 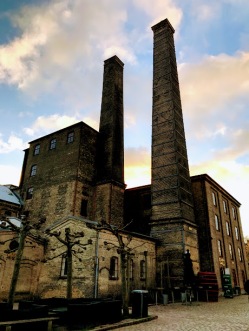 One thought on “Copenhagen: Part I – Things to Do”